Well, out of all the silly crimes committed, this one dumb act has a special place in my heart. So dumb, that I just can't forget it... Gawd!!! Where is the confession box?? 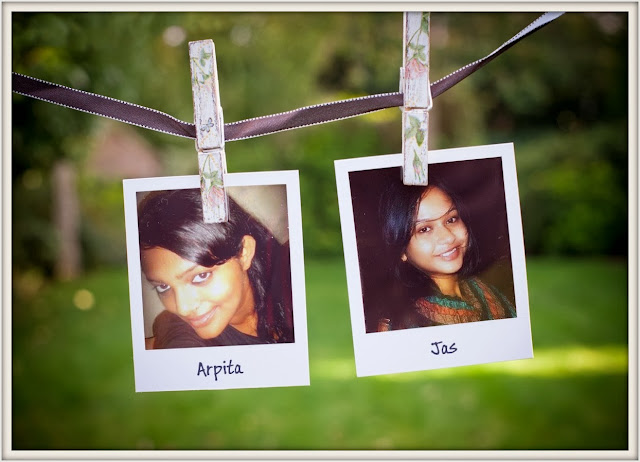 Keeping the font color as fuchsia to get you into the school-girly mood, let's rewind to January 9th, 2002.

It was Arpita's 16th birthday. Sweet Sixteen they call it... And like most girls, Arpita wanted to do something SPECIAL on this day.

Arpita and Jas were staying away from their parents in my hometown Silchar, where they were attending high school with me. So, they didn't have a supervising authority and I mostly took the advantage of the trust that my parents had on them

Silchar, 12 years back, hardly had any form of entertainment like big cities. The only form of entertainment was a cinema hall called Devdoot, which occasionally played some good movies. And it didn't play several shows like multiplex theaters do. There were just 3 shows - Morning, Matinee and Evening. So, on her birthday we decided to go for a movie show, followed by lunch at a good restaurant. See... Innocent enough??

But it was a Wednesday and there was no way my parents would have allowed me to bunk school. So we hatched a plan and according to that, the previous day I smuggled some casual wear and passed it to Arpita in school. 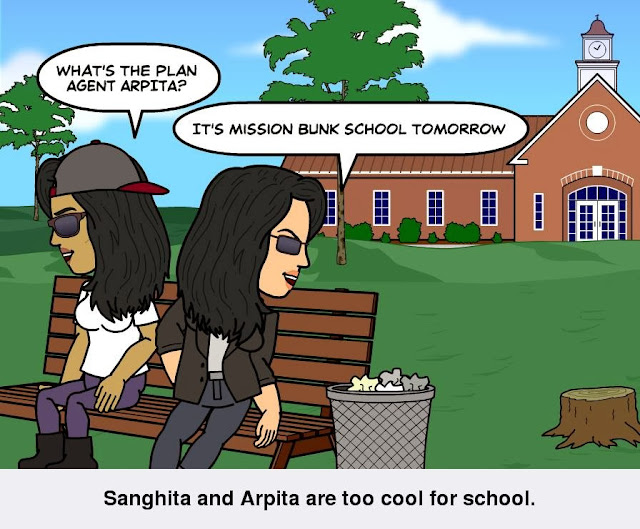 On THE day, we boarded the school bus, but soon got off after 2-3 stops. It was our senior year and no one questioned us when we did so. We took a rickshaw to Jas and Arpita's apartment and changed into casuals for our Girls Day Out...

Both the matinee and evening shows were out of scope, since the school bus dropped us back home at 4:00 p.m. everyday. So the most feasible plan was -
We reached Devdoot by 9 a.m. When it came to booking movie tickets, all three of us were novices. From the banner, we could guess that it was indeed K3G that was playing. So we went ahead and told the man at the counter that we wanted to buy 3 tickets for the 'morning show'. He gave us a dirty look while giving us the tickets. We didn't pay much attention to his reaction. We were extremely proud of our escapade and nothing could deter our enthusiasm at that moment.

There was still an hour to go before the show, so we passed time around the theater having fuchka (Pani Puri) and checking out fashion accessories at a nearby market. We were back at the theater entrance 10 minutes before the show.

Here we again started getting glances from other men who had come for the show; so much that it was making us feel uncomfortable standing there. Yes, it was unlikely for young girls of that small town to come for movies in a theater without parents. But we were three and we thought, there was nothing wrong in watching a movie, c'mon!!!

When we were almost about to enter the hall, a man came forward and asked us if we were waiting for the 'morning show', to which we said 'Yes'. Then he asked - "Do you know which movie is playing??" Nonchalantly and in unison, we replied - 'Kabhi Khushi Kabhi Ghum'. And that's when he dropped the Bomb! He said - "They only play adult movies during the morning show. You can come back at Matinee for the movie you wanted to watch..."

We left the theater in a very calm and composed manner - as if nothing had happened. As soon as we were out of their sight, we burst out laughing

. Kabhi Khushi, Kabhi Ghum indeed... It would have been the best 'Coming of Age' surprise for Arpita had that man not revealed the secret. 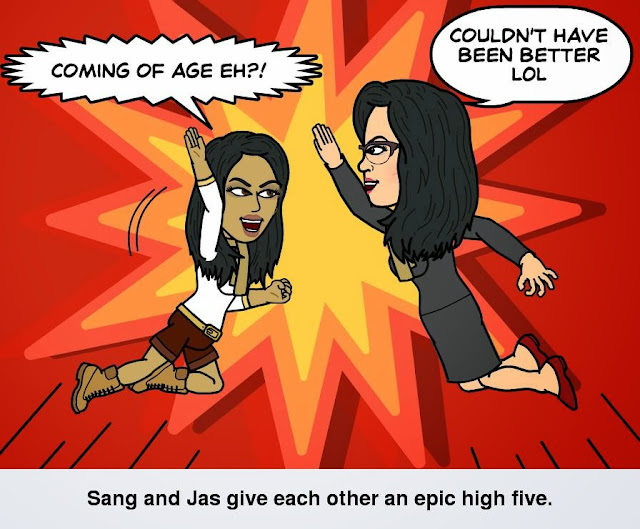 We spent the time buying nail polishes and lipsticks. Dove had recently launched a new deodorant line and the Dove Nutrium soap. But at that age, that was luxurious buy and we could only sigh

... Then, we had pizza at one of the junk food joint, followed by ice creams. By 2 p.m. we were back at their apartment - still laughing on our misadventure. We made the birthday girl cut the birthday cake, smeared her with the icing and wished we had a camera to capture the moment. By 4 p.m., I was back home, innocently dressed up in my school uniform. For an entire week, my parents kept wondering about my occasional feats of laughter.

It's almost 12 years since that day. I don't use fuchsia font color any more. School uniforms have changed to corporate formals. Nail polish, lipsticks, soaps and Dove deodorants are more necessities than luxuries. We give a 100 calorie-conscious-thoughts before having a pizza or an ice cream. I do own a big camera now. And to speak about my parents - these days they wonder more about when I'm going to get married...

But even today, we thank that good man from the bottom of our still-innocent-hearts. If not for him, we would have witnessed a real 'Dirty Picture' even before Vidya Balan acted in one

the hall's name is Devdoot and they play dirty pictures!! :P ;)

Well that's an irony even I didn't come to notice :P :D

omg...it ws nostalgic, i wish we could live that moment again :-)

Haha, this was so much fun! My own school memories came flooding back! Bunking schools to go shopping and reading mushy mills and boon stories in class!
Thanks so much for sharing! :)

Thanks for visiting the blog Ragini :) School days are the best!

PROUD TO BE AN INDIBLOGGER!!!

This work is licensed under a Creative Commons Attribution-NonCommercial-NoDerivs 2.5 India License.